Not being a maths person, I've never been big on Venn diagrams.  But today I saw one that I think I understood. 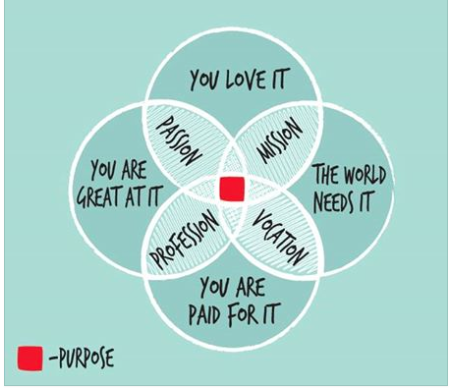 I figure if we all just keep inching towards the red square, we'll be alright.  And it doesn't seem to involve any maths, always a bonus.

I have two little girls. (I also have two bigger boys, and if there was another option, I'd probably have two of those as well because we do things by twos in this family.)

My little girls are 7 and 5.  One is a creative introvert with a kind heart and a mane of curls.  The other is a plucky extrovert who strikes up conversations with the most unlikely people and then reports back, 'Well, they were very nice.'

I look at these two and wonder how they can be so absolutely perfectly themselves all the time.  They just are.  When I hear horror stories about the life and times of teenage girls I want to clamp my hands over my ears and run around in circles singing, "I can't hear you! I can't hear you!' (I can be surprisingly grown up on occasion.)

My little girls are friends with their bodies; they run around, they swim in waterholes, they climb trees, they skip.  My little girls, so far so good,  are also friends with me. I want these two things to co-exist more than anything.  If I can get any of this mothering caper right, I would like it to be helping my girls love their bodies, and themselves, just as they are.  Because from where I sit they are   (warning: rampant maternal bias ahead) mind-blowingly beautiful, inside and out.

I recently read this and hope that other mums the world over will too.

A local kindergarten near me has recently banned the use of vegemite, honey and jam as sandwich fillers.  They have sent home a list of other acceptable lunch options which include a quinoa and kale salad.  Show me a 4 year old who will eat a quinoa and kale salad and I'll show you a mother who has time to make one.

Has the world gone a little mad in the lunch box stakes?

I admit it, I have a prejudice.

And today, my 11 year old is having the day off school because of it.

I hate the dominance of it here in Victoria.  We hear of little else for 6 months of the year, and don't forget the 3 month pre-season and the 3 month post-season.

I hate the booziness of it.  The players and the spectators seem to be happiest wiping themselves out whether they're celebrating or commiserating. I abhore the culture of heavy drinking.  It wasn't so long ago that the prize at the local footy club for the Under 16 Best and Fairest Player was a slab of beer.  Really.

I hate the brutality of it.  The deliberate elbow to the nose when someone is running past regardless of whether they have the ball or not type brutality. I hate the thought of long term damage of repeated knocks to the head, and all those doctors, surgeons and physios employed to patch up the insanity.

I hate the culture of disrespect towards women. How many workshops on 'changing attitudes' can  clubs run in desperate responses to yet another inappropriate behaviour/tweet/photograph/criminal charge by a player/coach, before we all throw our hands in the air and say, 'Oh, for goodness sake! They don't need a jolly workshop, they need to go to prison.'

So, imagine my response when the note comes home that the whole class is off to an AFL Super Clinic.  My little fellow who has never seen a game or touched a football can go along and hear all about how marvellous football is! From footballers themselves! Think of the role modelling!  Oh, don't worry, I am thinking of it.  He looked at me aghast when he gave me the permission slip.  (Yes, I know, prejudices are highly contagious) and said, 'I don't have to go, do I Mum?' And I briefly wondered about my prejudices and my stereotypes and said, 'No mate, you don't have to go.' And we both smiled with the relief of it all.

Please understand that as a family we like exercise.  We like bike riding and bushwalking and swimming and circus skills and cross country skiing and camping.  Golly, if the Super Clinic was for triathlon, decathalon or highland dancing I would have signed him up in a wink.  But it was for football.  And as I may have mentioned, I don't like football.  So instead his job today is to do his school project and cook his family dinner.  And in doing so, I reckon he'll be his own best role model today.

To feel truly well, we need to feel loved.  Love comes in many different forms but as this sweet short film shows, love is love.  And it is always beautiful.

Please watch it if you have a moment.

Biophilia is the study of our connection to nature.  My learned friend and mentor, Dr Les Higgins, is an expert on biophilia and why we desperately need to strengthen our connection to the natural world in order to enhance our health and well-being.  His blog and book is a scientifically-backed call for us all to seek out experiences with nature.

As I bumble through this parenting gig, I fear my parenting report card has an endless list of topics under the heading 'galaxy-sized room for improvement'.  So imagine my delight to read a blog post from Les about our youngest child, listing all the things I/we have inadvertently got right.

(As an aside, my dear friend Sam told me once that completing an Ironman event (3.6km swim, 180km ride, 42.2km run) was relatively easy because the streets were lined with people cheering her on. 'Parenting', she told me wisely, 'doesn't have anyone cheering you on - it's much, much tougher than Ironman.)

Thank you so much Les, for cheering me on.

Some days, in health and in life, it all feels a bit like this. 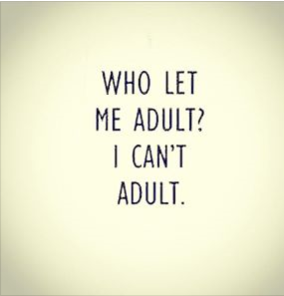